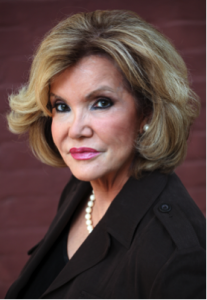 Blanquita Cullum is an award winning broadcast journalist and radio host on the regionally-syndicated No Bull Radio Network in Texas. She likewise hosts The Hard Question podcast that tackles breaking news on national and international issues. For eight years, Cullum served as a Governor on the United States Broadcasting Board of Governors BBG and was nominated by President George W. Bush in 2002. Governor Cullum is the first Hispanic woman and the first radio talk show host to have served on the BBG where the United States Senate unanimously confirmed her to that position. The BBG is the independent, federal agency responsible for all U.S. government and government-sponsored, non-military international broadcasting. The Multicultural Correspondents Association named Cullum “Champion of Radio.” NEWSMAX named her one of the Top 50 Republican Hispanics in the United States. Ms. Cullum is a regular analyst on the BBC and other media outlets and has written op-eds on the effects that brutal regimes across the world have on the freedom of speech. Her articles have been published in the Washington Times, Roll Call and The Weekly Standard. She is the emcee of the annual National Memorial Day Parade in Washington DC. U.S. Senator Tom Coburn placed a tribute to her in the Congressional Record for her commitment and leadership during her tenure at the BBG. Ms. Cullum has been lauded for her stands on human rights, equal rights for women and children and freedom of speech.