Warning: Invalid argument supplied for foreach() in /home/customer/www/priscillabennett.com/public_html/wp-includes/class-wp-theme-json.php on line 1091

(CNN)Jody Neal-Post has been reading about the health care law debate with worry these days.

She’s worried about how the new health care law won’t carry protections for all people with pre-existing conditions. She is relatively healthy, but before Obamacare, she had a hard time getting insurance because of what some companies considered a pre-existing condition: She is a domestic violence survivor.
Before Obamacare, some insurance companies used to consider medical treatment related to domestic violence and rape a pre-existing condition that would preclude survivors from getting insurance. Some states have banned that practice, but not all. Neal-Post worries that changes in the way insurance companies handle people with pre-existing conditions could hurt her fellow survivors.
“I had really good counseling,” Neal-Post said. “So the story of the abuse has now become a fact story for me, rather than an emotional one, but reading about this insurance debate prompted this memory of fighting for insurance that hadn’t come to the forefront for me in a long while.” 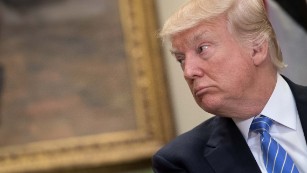 Trump today: Live updates on the GOP health care bill
In 2002, Neal-Post’s husband beat and tried to choke her. Her medical records at the time showed that he grabbed her so hard, there were fingerprints on her neck. The story of the abuse made the newspapers at the time. In 2006, when the Albuquerque lawyer tried to switch insurance plans, she ran into problems.
The insurance application asked for her medical history. She disclosed that she was the victim of a crime, had a severe concussion then and “was strangled momentarily to unconsciousness.” She included that she got private counseling through a police department program for abuse survivors and, as part of treatment, was given a six-month prescription for Valium to help her sleep.
“I would see his eyes when I was falling asleep, and I would see him choking me as if I was trying to get away from him again,” Neal-Post said. “I couldn’t sleep.” 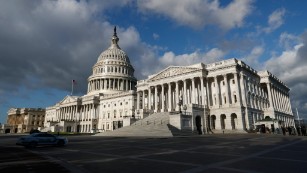 GOP ‘giddy’ as Obamacare repeal vote nears
The insurance company rejected her application. By law, it didn’t have say why, but she says she was otherwise healthy.
She did eventually get insurance, but under Obamacare, it would never have been a problem; currently, insurance companies cannot deny policies or charge people more based on any pre-existing conditions.
Now, the bill under consideration in the House weakens the protections for those with pre-existing conditions. States would be allowed to get a waiver from the US Department of Health and Human Services to let insurance companies set premiums based on a person’s medical background under certain circumstances. If the bill becomes law in its current form, that could mean survivors could face higher insurance bills.
At the Senate Health, Education, Labor and Pensions Committee hearing to confirm Health and Human Services Secretary Tom Price, Sen. Bob Casey, D-Pennsylvania, asked Price about this issue. Would Price “commit to maintaining the protections that ensure victims of domestic violence will not be discriminated against when purchasing health insurance?”
Price responded said it’s “absolutely vital” that such “victims” not be “priced out of the market.”
“I should have been more aggressive pinning him down on that,” Casey said, in retrospect. “The nature of this is such that it would be a disaster for this administration to allow that policy to change,” and if this “lapses into a ‘Well, the states will take care of it,’ that is wrong and wrong morally.”

There has been movement in the insurance industry to prevent companies from making policy decisions based on someone’s status as a survivor of abuse. 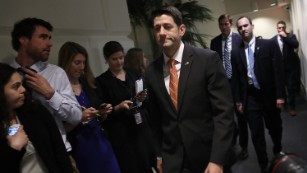 The 11 states most likely to be affected by pre-existing conditions all voted for Trump
The NAIC Network Adequacy Model Act (PDF), revised and adopted in 2015, included a resolution passed by the professional association for state insurance regulators, the National Association of Insurance Commissioners, that prohibits “unfair discrimination by health carriers and insurance professionals on the basis of abuse status.” This isn’t a law like Obamacare, but it serves as guidance for states when they make insurance-related laws. Not all states, however, have adopted this policy.
American’s Health Insurance Plans, the association that represents health insurance providers, said in an email that “of course survivors of domestic abuse and rape should be covered.”
Senior Vice President of Communications Kristine Grow pointed out that health plans follow the laws implemented by the ACA and the guidance set forth by the NAIC Model Act. And just because there isn’t a law doesn’t mean that’s how insurance companies in those states operate. 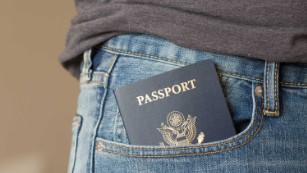 Transgender Americans rush to change IDs for Trump era
But if the ACA is rolled back and states haven’t adopted the NAIC Model Act, some survivors could be newly vulnerable again.
That concerns Gretchen Borchelt, the vice president for reproductive rights and health for the National Women’s Law Center.
She said it’s unknown how many survivors had been denied policies prior to Obamacare, because insurance companies didn’t have to disclose why they turn someone down for a policy.
In 1994, the House Judiciary Committee did an informal survey of 16 of the nation’s largest insurers, representing about 50% of the market at the time. Eight of the 16 companies admitted using domestic violence as a factor to set premiums and to determine who should get a policy.

There are many other survivors’ stories.
When the National Women’s Law Center launched a campaign to support its study called “Being a Woman is not a Pre-Existing Condition” in 2009, Borchelt said, it came across a story about Chris Turner.
Turner was a health insurance agent who asked insurance underwriters she worked with whether rape survivors would get coverage. She said the underwriters told her no. Medical treatment associated with rape made the person too high a risk. 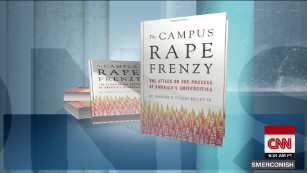 Campus rape statistics ‘misleading,’ says author of new book
The question Turner asked was posed as a hypothetical, but it wasn’t.
Turner was a rape survivor. She’d been drugged and raped while on a business trip. Doctors put her on medication to prevent HIV as a precaution. When she had that general conversation with an underwriter, Turner had needed to switch insurance policies, but she now knew how difficult that would be.
The Affordable Care Act changed that. And it ensured that tests for HIV and sexually transmitted diseases, plus domestic and interpersonal violence screening and counseling, would be completely covered by insurance companies.
That may not be the case in the future. Under the current bill, states could seek waivers that would let insurers sell plans that don’t include all the essential health benefits mandated by the ACA.
“We are really concerned that getting rid of the ACA will send us back to the day when insurance companies discriminated against women,” said Borchelt, whose group opposes the repeal of Obamacare.
Neal-Post also remains concerned, although she was eventually able to get health insurance, even before the Affordable Care Act. Her state, New Mexico, had a law that prohibited insurance companies from using domestic abuse as a criterion for denying someone health insurance.
“Eventually, with the intervention of the (attorney general’s) office and the consumer insurance division, I got insurance,” she said.
Join the conversation

She knew, though, that she had a personal advantage in getting health insurance coverage, because she is a lawyer.
“I had awareness and a skill set to push back to get myself covered, and I know a lot of women don’t have that access,” Neal-Post said. The recent Obamacare repeal efforts bother her.
“For years, I had been freed from this angst” due to these legal protections. “Reading the votes in Congress made me think about this issue again, and I was immediately concerned for other women.”
Categories: Blog   /   Tags: #laws #Congress, #preexistingconditions, #rape #domesticviolence #healthinsurers, #statistics #ACA, #survivors #priscillabennett #somethingtobebravefor, #women #HIV