Warning: Invalid argument supplied for foreach() in /home/customer/www/priscillabennett.com/public_html/wp-includes/class-wp-theme-json.php on line 1109 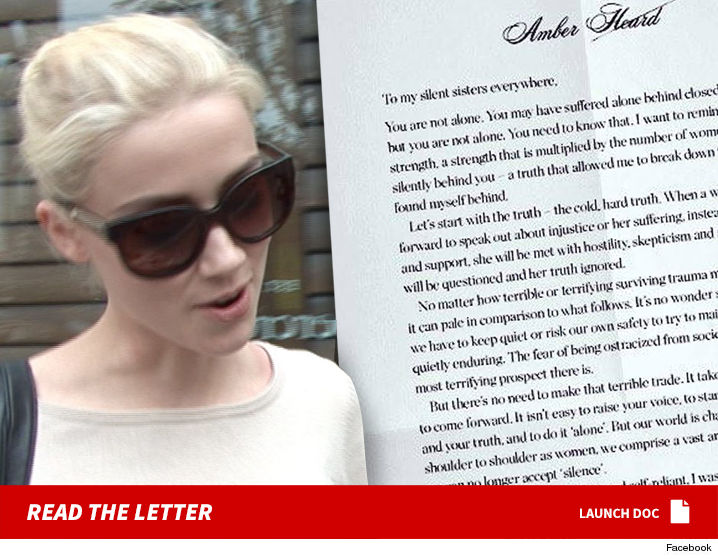 Amber Heard is speaking out about domestic violence in a letter describing the pain victims go through, and in the process … she might be walking a thin line with Johnny Depp‘s lawyers.

Amber wrote a letter for the December issue of the fashion magazine Porter. She never mentions Johnny Depp, but it’s not hard to connect the dots when she writes, “I never felt anyone would or could rescue me, so naturally I resented the label of victim.”

Amber did a similar thing last month when she sat down for a PSA on domestic abuse. The issue is her divorce settlement includes a confidentiality clause prohibiting her from talking about Johnny.

As we reported, he’s agreed to pay her $6.8 mil, and Amber says she’ll donate the money to charities. The deal could be off if Depp’s team thinks she’s in violation.