On the day Karen Smith was murdered, at least three more women also died at the hand of a current or former intimate partner.

Yet only Smith’s death garnered national headlines because she was killed in a San Bernardino, Calif., school where she worked as a special education teacher. Her estranged husband also shot two of her students, one fatally, before taking his own life. If Smith had been slain in her home, it’s unlikely the story would have made it outside of the city’s borders.

Even the coverage the story received seemed to deflate slightly when it became apparent that this was not a rare school shooting, but a fatal occurrence that happens every day in America — domestic violence. A day after Smith’s death, some news outlets billed the crime as an “elementary school shooting” which, while accurate, blurred the larger story.

For all our talk about not normalizing aberrant behavior, we treat the murders of women by past and present intimate male partners as little more than a sad fact of life. When a gunman kills a stranger in public, it’s news; when he kills his wife or girlfriend, we overlook it.

These killings cross all racial and ethnic lines, economic levels, and geographic markers. Every 16 hours, a current or former husband or boyfriend shoots a woman to death. And that doesn’t take into account women who are stabbed, strangled, beaten to death, or run over by vehicles. (In Massachusetts, women who died in domestic violence incidents dropped from 13 in 2015 to 11 last year.) 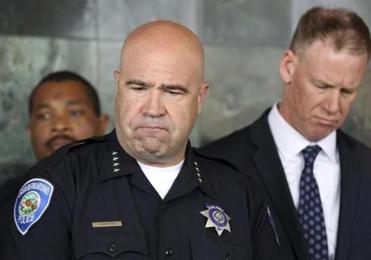 Cedric Anderson killed his wife, Karen Smith, at an elementary school and a student, and he shot another student before killing himself.

When we think of mass shootings, we likely picture an armed unknown assailant in a mall, theater, school, or even a house of worship. Everytown for Gun Safety, a gun control organization, found 54 percent of mass shooting incidents — those in which four or more people are killed — involved the murder of a current or former partner or family member. Children made up more than 40 percent of fatalities in mass shootings connected to domestic and family volence. There’s also an emerging pattern that men who commit mass shootings have histories as domestic abusers.

Domestic violence has turned the home front into a battlefield bloodier than those in wars. Between October 2001 and June 2012, nearly 6,500 American troops were killed in Afghanistan and Iraq; during that same period, more than 11,700 women died in acts of domestic violence, according to the National Network to End Domestic Violence. Children are far more likely to die in their homes than in school shootings.

Somehow, these daily acts of terror are mostly ignored. There’s no public outrage, no media swarm, no urgent plan to combat domestic violence as an epidemic as devastating as opioids, though it has plagued cities and towns nationwide far longer.

As with every other pressing social issue, this situation will probably deteriorate further under the Trump administration. Already, published reports say some women who are undocumented aren’t pursuing protective orders against abusive partners, fearing they’ll be arrested by federal agents lurking outside of courthouses. Immigration advocates maintain that abusers also use threats of deportation to deter their victims from leaving or seeking help.

As an Alabama senator, Jeff Sessions voted against renewal of the Violence Against Women Act in 2013 when it expanded protections to undocumented immigrants, the LGBT community, and indigenous women on tribal lands. It easily passed, but now Sessions, as attorney general, oversees a law that he once said was not “sound.” With President Trump’s proposed cuts to the Department of Health and Human Services and the Justice Department, both of which support anti-domestic-violence programs, some fear the safety of women will be even more compromised by a presidency that already seems hostile toward them.

Today domestic violence will claim three more women. Outside of their families and immediate communities, few will hear anything about their murders. If not for the crime’s location, Karen Smith would have died in relative obscurity, too. We can no longer behave as if murder is a terrible price a woman must pay if she can’t leave an abusive relationship or seeks security for her children. Their deaths deserve more than the indignity of our silence. With each life senselessly lost, that silence is complicity.

Most Popular In Opinion

President Trump has no idea what he doesn’t know, and the world’s along for a bumpy ride.

When you reach a certain age, saying what you think is no longer so risky.

His flips and flops have been so pronounced that a redefining moment has arrived.

Now, UMass officials must keep their promises to fix troubled the campus.

Does Massachusetts live up to the hype?

Let’s not get carried away by headlines that tell us what we want to hear.

Why Mass. must not let up on testing students

Dismantling high-stakes testing would endanger many of the gains Massachusetts has achieved.

The Boston area home real estate market effectively is broken for many buyers.

It’s the hard days that determine who you are

Facebook COO Sheryl Sandberg discusses her husband’s death for the first time in a commencement address at the University of California, Berkeley.

The media are misleading the public on Syria

The coverage of the Syrian war is one of the most shameful episodes in history of the American press.

A proposed expansion by the ICA into East Boston would be good for both the museum and the city.

Trump’s reckless words may haunt him in court

Donald Trump’s words are coming back to haunt him in the courtroom.

Why did seven Nobel laureates associate with a firm that markets an unproven dietary supplement?

The generals come to Trump’s rescue

Trump’s senior military appointees are taking a leading role and acting as a restraining influence.

The fatal expense of American imperialism

The US is getting the choice between war and peace profoundly wrong, squandering vast sums of money and undermining national security.

Eurasia is on the rise. Will the US be left on the sidelines?

President Trump’s protectionism will speed up the integration of Europe and Asia to become the new center of gravity of the world economy.

Prime Minister Viktor Orban is seeking to alter the legal status of Central European University and could force it to shut down.